Tourism Save the Tigers 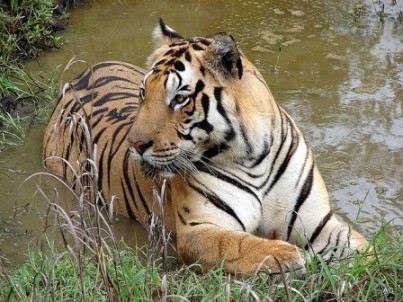 At the beginning of 20th century, India was home to 10,000 Tigers. But the numbers started dropping as humans outnumbered the tigers and improved their survival skills. Numbers progressively improved after Project Tiger, which was Government of India’s initiative to help save the wild beast and the ecosystem on a greater level.

India saw the number of Tigers drop to 1,411 in 2008 as the commercial demand for Tigers increased. But vigilant measures by the Tigers Protection task force were taken to fight the poachers and illegal cross-border trades. Now the country is celebrating the success of saving the tigers.

Apart from Forest Department and local employees, the Wildlife tourism sector should also get its credit. If not for the tourists living in the resorts and hotels inside the national parks, it would have been easy for poachers to attack or poison the Tigers. Nature Tourism also helps the state economically and culturally. It has been reported that wildlife heritage has been increased up to 25 percent, with more than 3 million people involved in the industry. 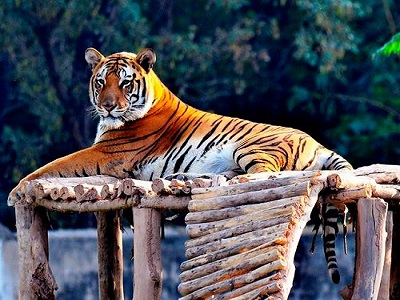 Chandawat had said that it shocked him when he got to know a small area like Bandhavgarh Tiger reserve in Madhya Pradesh hold such huge density of wild tigers. Thus, he concluded that national parks where Tiger and Tourism both go hand in hand, have a great density of tiger population in India. Otherwise, poaching, villager’s attack, use of tiger bones for Chinese medicine, pelt sales, increase in human population, infrastructure and deforestation would have killed the Tigers.

Since a huge industry is depended on the Tigers, the government also allocate money to Project Tiger in order to promote tourism. It has not only attracted the state and central government, but also international funding which motivates the forest department and management to improve further.

The constant interest shown by conservationists, naturalist guides, visitors and hotel owners concerned over ‘their’ invaluable wildlife resource, ensures park staff and management are kept on their toes. Bandhavgarh National Park Hotels always provide their guest with a well-guided tour apart from hotel services. Bandhavgarh Hotels host many visitors who opt their hotel preferences as per the safari package selected by them. Since the national parks deserve more than a one-day trip due to its vastness and also because they are situated far from the city and airport or railway station, the hotels offer maximum four to five-day trip. A family, an individual and photography groups get the experience of a proper forest life in Bandhavgarh hotels in the Bandhavgarh Tiger Reserve.

The national parks also take in account the health and lifestyle of the tigers. Thus, the national parks stay close from July to August i.e. in monsoon season since it’s the breeding season for the Tigers.