Things to do in Bandhavgarh Jungle

Bandhavgarh National Park is a small tract of protected forest that was once the shikargarh of the maharajas of Rewa. It has been said that during the times of the 12th century you had to be really unlucky for not seeing a tiger. In simpler words, it means that you’re too lucky to have sighted a tiger at Bandhavgarh National Park. It was said that the kings of Rewa, during their period, used to hunt 100 tigers each. This was considered to be an auspicious ritual so as to bring them good luck. But the interesting fact is that even after hunting a 100 tigers, the figures of tigers did not diminish. This was considered to be a holy thing by God. 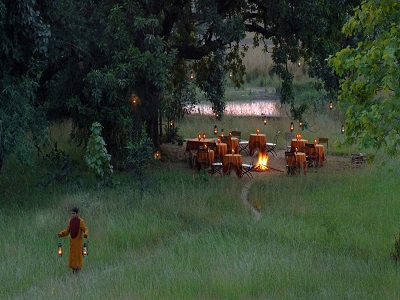 However, now the entrance to the reserve has been restricted to everyone else, except members of the royalty. After the conservation of the forest by the MP Tourism department, the figures of tigers increased and the area of the forest had to be increased.

Bandhavgarh Jungle tour is topping the charts for tiger sightseeing today. It is only this forest in India, where the tigers are larger in number as compared to any other wildlife sanctuary. Its archaeological splendor awaits the tourists which are totally unexpected any time. Apart from its serene and poise atmosphere, nature and the wild animals draw the tourists attraction to this point. Though the forest area is quite less, yet it is so meaningfully beautiful that it even calls for wildlife photography. 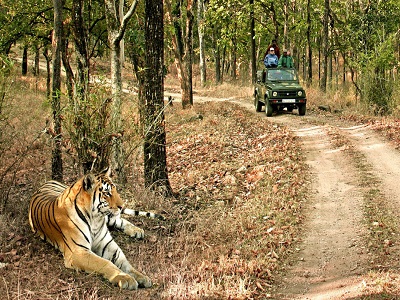 Things to do here –
It is because of the abundant water that the tigers here feel comfortable and thus the number is increasing every year, which seems to be a positive aspect.
•Jeep safari – tourists consider themselves to be lucky to spot the tigers at Bandhavgarh. They keep waiting for days to spot the tiger. And once they are able to spot one, the jeep safaris along with the guides and the driver take small rounds of the forest so that the visitors are able to view the dynamic animal. Advance booking is required for the same. Normally the hotel’s book jeep safaris for your round trip to the forest.

•Caves – the mountain peaks and the caves are too famous here. The Northern area of the park, there are more than 30 caves that have Brahmi transcriptions dating back to as old as 1st century BC. Can you ever imagine that how these transcriptions have been revived since then? This is one biggest tourist attraction here. Tourists from all over the country come here just to view those age-old transcriptions.

•A Bandhavgarh Fort sits at a top of a cliff of the Hill. It is from here that park has got its name.
For such amazing and spectacular sightseeing, you will have to take a tour guide along so that you can see these splendid sights easily. Other than these, there are temples belonging to 12th century and palaces of the kings that are worth seeing.