Bandhavgarh tiger reserve is the popular home with the higher density of tigers in India. It is located in the central state of Madhya Pradesh. As one of the biggest wildlife sanctuary, it is spread around 440km and has a large biodiversity.
The forest has the large breeding population of leopards and deer. History has it that in 1951, Maharaja of Rewa, Martand Singh captured the first white tiger in this region. The tiger name was Mohan and it is displayed in the palace of Maharajas in Rewa. 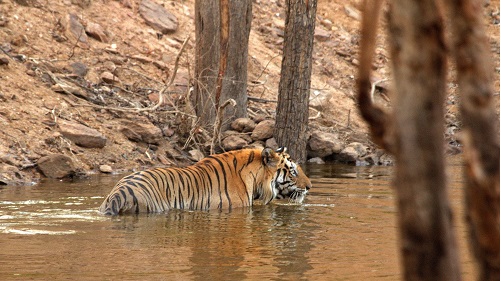 The charger was the male dominant tiger and considered as a legend. He became popular and got this name when he charged at an elephant who was carrying the tourist. The average life of the tigers is 10-14 years but Charger lived up to 17 years. Sita was the beauty of yesteryears. She and Charger have been posed on the cover of National Geographic and they are second famous photographed tigers in the world. After the charger died, male dominant tiger B2 ruled the territory of Charger region. Almost all the tigers of Bandhavgarh are the descendant of Charger and Sita. After Sita, Mohini became prominent. 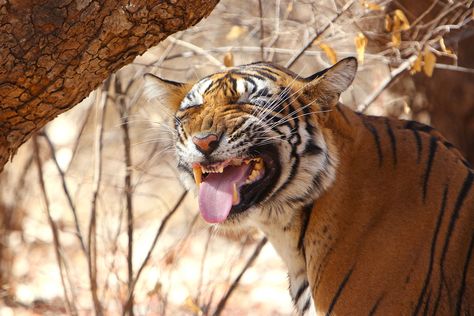 • SukkhiPattiah is the reigning queen of the Magadhi zone and currently mothering a litter of three.
• Mukunda is another male arrogant tiger belonging to the 4th litter of chameli and Sakhi.
• Rajbahara female tiger is the sole princess of Rajbehra. She mated with sashi and gives birth to her first litter in 2013. She has a most formidable bunch of big cats in that area.
• Bheem tiger name is given after the PandavaBheem. He became famous as it was believed he took a leaf from Pandava diet. He is currently ruling in the zone 3.
• Mahaman is a shy tiger and she is the daughter of Indrani and Sakhi. She mated jobhi and gives birth to her first litter in 2012. She covers the area of Magadhi and spotted rarely. 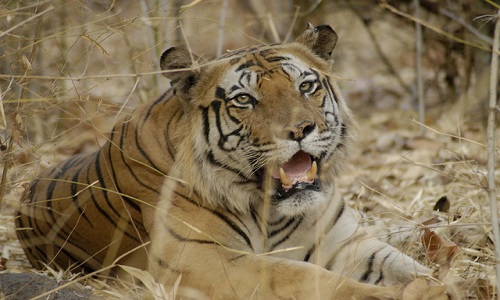 Some other famous tiger at Bandhavgarh are Bamera, Chandini, Dotty Krishna, Marchaini etc. These tigers are recognized through their regions and territory. Earlier kings use to hunt tigers due to which tigers have almost vanished. In 1968, Bandhavgarh was declared as a national park. At present tiger habitat is conserved, there are around 60 tigers in that region and 20% of the area is open for tourism.